Pia Christensen (@AHCJ_Pia) is the managing editor/online services for AHCJ. She manages the content and development of healthjournalism.org, coordinates social media efforts of AHCJ and assists with the editing and production of association guides, programs and newsletters.

View all posts by Pia Christensen →

The U.S. Health Resources and Services Administration today republished the public version of the National Practitioner Data Bank, after intense pressure from journalism groups, researchers and members of Congress.

But the action comes with a major catch: Those who want to access the data will have to agree to certain restrictions that were not in place before.

Articles, editorials about public access to the NPDB public use file (PDF)

Earlier version of NPDB public use file posted by Investigative Reporters and Editors, working with AHCJ and the Society of Professional Journalists.

The National Practitioner Data Bank is a confidential system that compiles malpractice payouts, hospital discipline and regulatory sanctions against doctors and other health professionals. For years, HRSA has posted aggregate information from the data bank in a Public Use File that did not identify individual providers.

HRSA officials removed the public file from the data bank website on Sept. 1 because a spokesman said the agency believed it was used to identify physicians inappropriately. The Association of Health Care Journalists has protested the action, along with Investigative Reporters and Editors, the Society of Professional Journalists, the National Association of Science Writers, the Reporters Committee for Freedom of the Press and the National Freedom of Information Coalition.

AHCJ president Charles Ornstein commended the Obama administration for working with reporters on this issue but said he is concerned about the restrictions HRSA is imposing for those seeking access to the data.

“How can the government say data is public but then say it’s only public with strings attached?” Ornstein said. “I am troubled that HRSA is overstepping its legal authority with these new rules and may be imposing unconstitutional prior restraints on reporters.”

To gain access to the Public Use File, reporters must agree to three conditions: they will not use it alone or in combination with other data sets to identify any individuals or entities; they will not repost the raw data; and they will return it to HRSA upon request. Violating the rules could result in having to return the data and being barred from receiving it in the future, HRSA says.

“Having access to information on physician discipline, malpractice payouts and hospital sanctions is important for those who care about patient safety and oversight of physicians across the country,” Ornstein said. “But the restrictions put in place by HRSA are unworkable.”

Ornstein encouraged HRSA to abide by its longstanding practice of refusing to confirm or deny the identity of individual physicians in the Public Use File. In doing so, reporters and their news outlets bear the legal liability for ensuring their information is correct, and newsrooms must ensure they have exercised due diligence in their reporting.

Reporters have used the Public Use File for two primary tasks. The first is for statistical information (the number of doctors in their state with malpractice payouts who have not been disciplined) and that would be allowed under the new rules.

The second is to fill in information about particular physicians whom they have identified through other records and means. That would be barred under the new rules.

“In the past, the Public Use File has been a vital tool for journalists writing about insufficient oversight of physicians in their states,” Ornstein said. “Without such articles, some unsafe doctors would very likely continue to be practicing with clean licenses and patient protection legislation in several states likely would not have been enacted. I worry such reporting may be chilled by those new rules.”

HRSA removed the public version of the data bank only after the urging of a Kansas neurosurgeon with a long history of malpractice payouts, according to records released Nov. 3 by Grassley. The doctor, Robert Tenny, sent six letters to HRSA before and after The Kansas City Star wrote a story that said he had been sued at least 16 times for malpractice and had paid out roughly $3.7 million since the early 1990s.

An earlier version of the Public Use File, accessed in August before it was removed, is available on IRE’s website. It does not include some updated information that is available in the file that HRSA republished today. At the same time, reporters are not bound by the new restrictions imposed by HRSA. 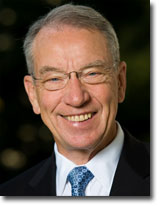 “HRSA is overreaching and interpreting the law in a way that restricts the use of the information much more than the law specifies. Nowhere in the law does it say a reporter can’t use the data in the public use file to combine that with other sources and potentially identify doctors who have been disciplined in their practice of medicine.This agency needs to remember that half of all health care dollars in the United States comes from taxpayers, so the interpretation of the law ought to be for public benefit. It’s also hard to see how HRSA has the resources to require the return of supposedly misused data or how that would even work. It seems the agency’s time would be better used in making sure the database is up to date and as useful as possible. I continue to expect a briefing from HRSA on this situation, including participation from the person who pulled the public data file after a single physician complained that a reporter identified him through shoe leather reporting, not the public data file. One complaint shouldn’t dictate public access to federally collected data for 300 million people.”Grassley released this statement this afternoon: