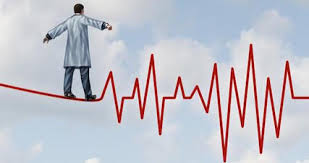 In 2004, Tanimoto and I carried out a survey whose results were published in the Gaceta Médica de México,20 regarding the experience of doctors in 3 cities of the Republic and their relationship with insurance companies in Mexico. In the survey it was clear how they reported that the stipend for their services represented not only a minimal part of their usual fees, but also the difficulties in accepting the performance of the medical service and the delay in payments.

To obtain universal access to health, it is necessary to promote the medicine of the general practitioner. In the congress held by the Medicine and Health Seminar in 2009,22 it was evident that the countries that had achieved universal coverage were those that had organized a good system of general medicine, such as England, Canada or Spain, although these are not the only European countries that have a good system of general medicine, in contrast to the Americans, which have privileged specialist medicine.

In any case, the 2 forms of exercise are essential, only that the complex medicine of the specialist, with the use of expensive technological resources and perhaps some of them of some risk, are justified only for complex or serious ailments that according to the World Organization of Health are not even 20% of the ailments suffered by the population.

These 2 systems must be organized in an adequate proportion to these needs.

Only one of the various health systems organized by the State in Mexico (the IMSS) has an important system of general medicine, and even in this system the problem of retirement and the replacement of its specialists is causing a major problem.

Undoubtedly, the problem would be less if the group of specialists were adjusted to the smallest proportion of the services that it must offer. In other health systems in Mexico, the predominance of medicine by specialists causes, not infrequently, that after a facility of this level is built, it remains inoperable due to lack of expensive equipment and the lack of necessary specialists.

What are the benefits of a good general medicine system?

1. To be able to extend health coverage, even in small populations that would not resist the expense of a specialist facility.

3. Reduce the need for hospital admissions.

Favor the classic doctor-patient relationship, which has been partially replaced by that of diagnostic teams-patient.

5. Achieve with a simpler medicine solve most cases of disease.

6. Avoid or reduce the high cost of treatment in specialized centers, which now have to deal with cases that would be resolved with good general medicine.

7. It is this form of medical practice that is capable of preventing today’s major health problems: obesity, diabetes, when they reach a specialist, it is already in advanced stages.